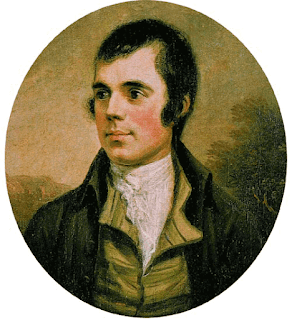 Once, in Scotland, I took the Robert Burns walking tour. Actually, I took two guided tours when in Edinburgh. One was a nighttime walking tour focusing on all the macabre stories in Edinburgh. It rained during the nighttime tour which made it all the creepier. I looked over my shoulder the whole time carrying my umbrella.

Up the close, down the stair,

Here’s the story of Burke and Hare.

The story of Burke and Hare is very creepy, and a true story. And, oh, there were so many more. Of course, walking tours are based on history with a few ghosts tossed in to make it scary and fun.

I took the second tour the next day which turned out to be bright and sunny, which is unusual for Scotland! There were twenty of us in the group, laughing and chatting as we waited for our tour guide. When he arrived, I think he took our breath away! He was a large man wearing an even larger cape lined in red silk. I knew we were in for a great afternoon. He began with a history of Robert Burns, and then as we walked, he stopped at small pubs, churches, and back alleys to recite poetry. Inside one of the cathedrals, he recited My Love is Like a Red, Red Rose. It was stunning and we all just stood there in awe after he finished.

I think I was a Burns fan long before my trips to Edinburgh, but after that tour I was hooked on his life and his poetry. All across Scotland there are statues of the Burns the Bard. In Celtic countries, like England and Scotland, a Bard is a well-known storyteller. Shakespeare and Burns fall into this category.

He certainly didn’t start out like that. When his father died young, it was Robert who had to take over the farm for the family. It was a chore that he did not enjoy, yet he felt responsible to his family. He worked hard at it for several years all the while writing poetry on the side. He wrote poetry for his own use as he played around with language. His own education was very limited even though he did yearn to go to school. He tried to learn French and Latin on his own, but failed at that.

In his young years, he also became a rebel to the politics of Scotland and organized religion. He was out-spoken to anyone who would listen to him, but he did it all best with his writings. In the summer of 1786, he published his first book of poems, Poems, Chiefly in the Scottish Dialect. He carefully hand-picked the poetry to go into this book. One of my very favorite poems, To a Mouse, is in that collection. His poetry appealed to all classes in Scotland and was well received.

Burns continued to farm and write poetry. He often took no money for his poetry as he regarded his poetry to be a gift to Scotland. When he died at the young age of 37, he left a full body of poetry and songs to his beloved country.

To this day, we celebrate the poetry of Burns. Most of us know how to recite, My Love is Like a Red, Red Rose, and we all certainly know the words and tune to Auld Lang Syne.

We also celebrate his poetry with a yearly tribute to him known as Burns Night. The Burns supper is celebrated from Tokyo to New Deli, from St. Petersburg to London. In the United States alone there are over 150 Burns Night festivities.

Well, we are not a registered Burns Night, but for our celebration in this small town, I think we are forgiven. Once again (as I have for many, many years) Burns Night will be celebrated in my town. This year we are celebrating at the Caleo Café on Wednesday evening from 4-6. This includes an open mic which is available to anyone wishing to read a poem, sing a song, tell a story. This can be a tribute to Burns, or in our case, anything you would like to read would be just wonderful. If you own a kilt or a bagpipe, now would be the time to bring it along.

I will also bring a collection of Burns’ poetry, so you could always peruse the poems, and choose one to read. My first poem? My Love is Like a Red, Red Rose. 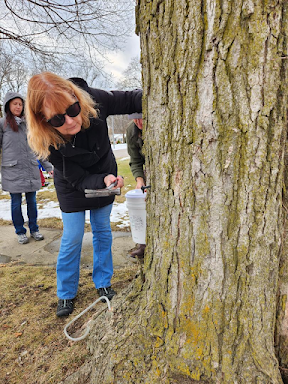 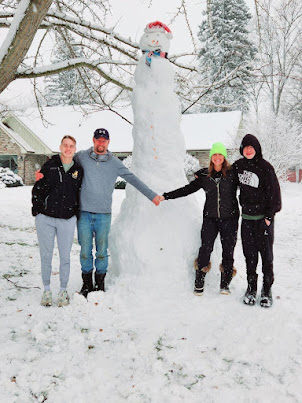