Shakespeare...coming soon to a town near you! 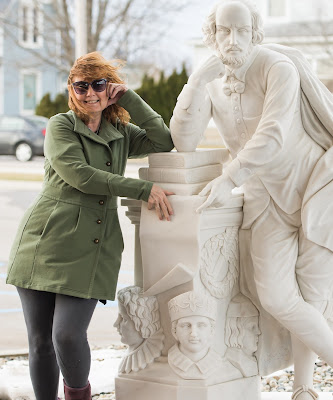 This April marks the 400th anniversary of the death of Shakespeare. Trine University and my town of Angola are going to make sure it is celebrated very well.
A few months ago my friend, Carolyn Powers, wrote a Facebook note about a woman in Atlanta who was reading all the sonnets of Shakespeare. Hmmm....why not Angola?
So, starting April 1st and running all the way through April 30th, I will be reading the sonnets of Shakespeare on the Square at 4:00 every afternoon. If I am on the road or working, I will have a friend read for me. This is open to anyone who would like to stop by and read a sonnet also. Just pop on by a few minutes before four, and I will hand one over to you! I will be located between City Hall and the Brokaw Theatre.
On April 4th, Tim Mooney, actor extraordinaire, will be performing "Breakneck Hamlet" in Fabiani Theatre. The event starts at 7:00. Tim is a fellow Fringe friend of mine and it will be a wonderful event.
So, don't let this anniversary pass you by!
Here is the first verse I will be reading: 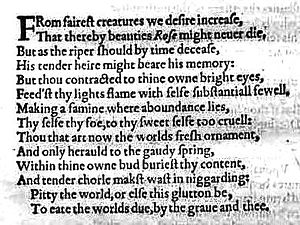