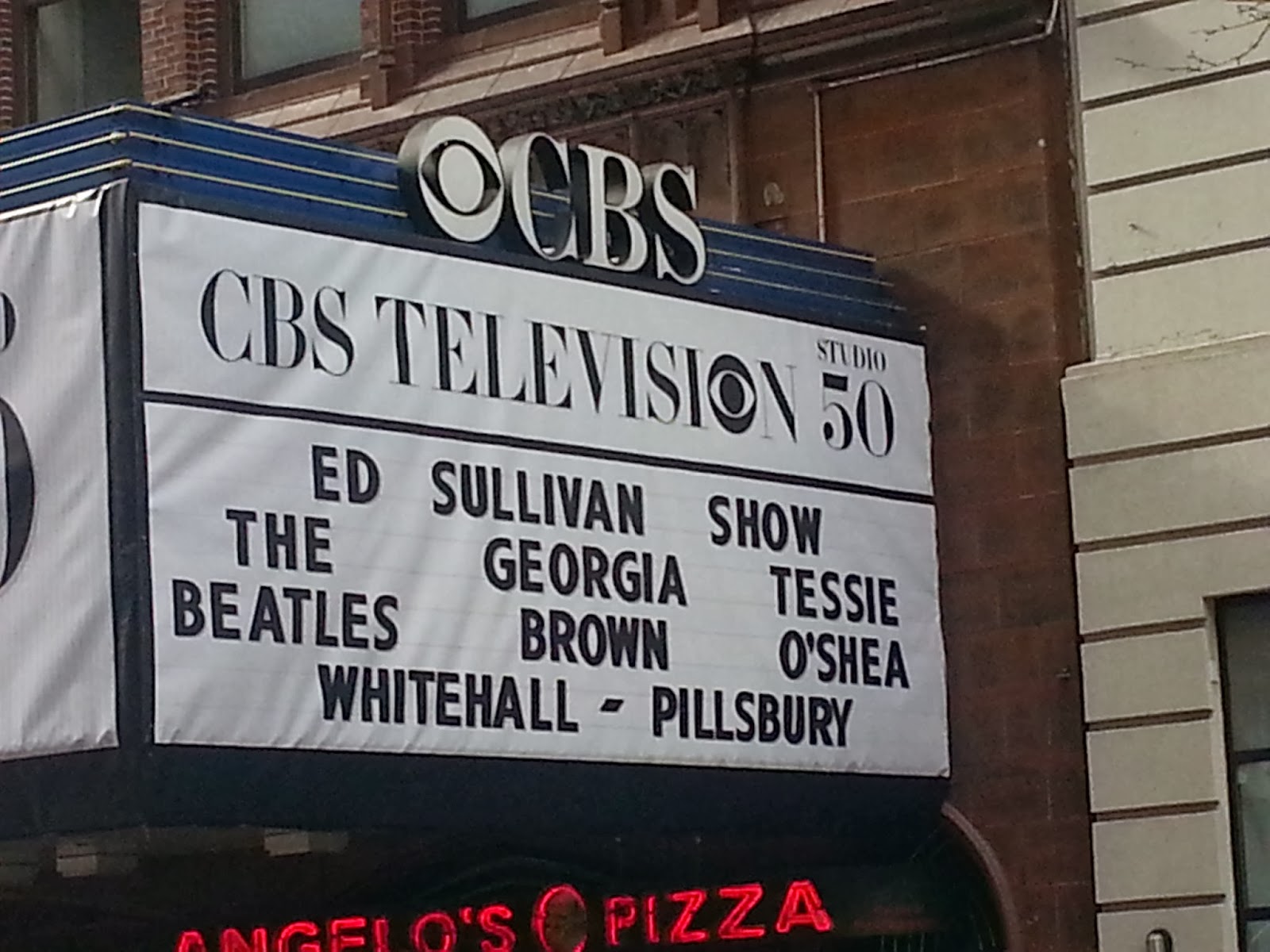 When I found out my son, Adam, would be in New York this week end, I asked him to take a stroll over to CBS studios and take this photo for me.

During this 50 year anniversary week of The Beatles, CBS redid the marquee to look just like it did 50 years ago.

I was thrilled when Adam sent the photo!

How exciting it will be to watch them tonight as they redo the show on CBS.

So, where were you?